Foods That Are Poisonous For Dogs 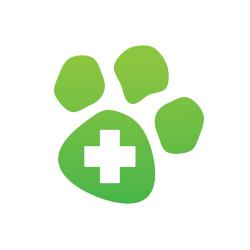 Just because your pooch begs for food from your plate or you want to get rid of some leftovers by treating your pet, that doesn’t mean that everything that is tasty for you is beneficial to your pup. Some foods humans eat can be downright dangerous for canines.
Listed below are just some of the foods and food ingredients that your dog should NEVER eat. **Note: If your dog accidentally ingests any of these items, contact your veterinarian immediately for advice.

Onions, Garlic, and Chives
These herbs and vegetables can cause hemolytic anemia in dogs, a disorder of the red blood cells that affects the animal’s liver, lymph nodes, and spleen. They also lead to intestinal distress, including diarrhea and vomiting. While cats are more susceptible to these problems than dogs, any pet that eats large quantities of these foods, or their dehydrated powders, is vulnerable.

Grapes and Raisins
Even though veterinarians are not exactly sure which specific toxin in grapes and raisins causes illness, there are numerous cases of accidental poisonings that have been reported after dogs have eaten these foods. Symptoms of grape and raisin poisoning include diarrhea, vomiting, depression, lethargy, and, eventually, kidney failure that often leads to death. Even though there are some dogs that can eat the occasional grape without repercussions, veterinarians recommend NEVER feeding your pooch raisins, as the more-concentrated toxins in raisins have been linked to severe physical reactions.

Chocolate, Coffee, Caffeine
Methylxanthine, an ingredient in coffee and chocolate, can cause severe neurological and digestive problems if ingested by your dog. The caffeine found in coffee and theobromine found in chocolate are classes of methylxanthine, a compound that works as cardiac stimulant, smooth muscle relaxant, and diuretic agent. Symptoms of chocolate or coffee toxicity include vomiting and diarrhea, excessive thirst and urination, panting, heart arrhythmias, tremors, hyperactivity, seizures, and, if not treated, eventually death. The darker, less-sweet varieties of chocolate are more dangerous than chocolates containing milk, however, all type are toxic.

Yeast Dough
Raw yeast dough, the kind used in making breads and rolls, can rise in your dog’s stomach just like it does in your kitchen, causing painful bloating and gas in the intestinal tract and possible organ ruptures and blockages. Once the dough is cooked, you can treat your pup with small bites of bread as long as the treats don’t make up more than 5- to 10 per cent of her daily allowed calories.

Macadamia Nuts
Macadamias, those Hawaiian nuts commonly used in baking and cooking, can cause severe distress symptoms in your dog that usually appear within 12 hours of her eating the nuts. Those symptoms, that include depression, vomiting, increased temperature, and muscle spasms, can last anywhere from 12 hours to 2 days.

Eggplant/Aubergine
The seeds of the eggplant are comprised of cyanogenic glycosides, organic chemical molecules that, when ingested in the canine body, turn into cyanide and can poison your dog. The seeds, fruit, and skin of the eggplant have been known to cause vomiting, severe diarrhea, seizures, tremors, and heart arrhythmias in dogs that eat this plant.

Avocado
The smooth and creamy avocado contains a fungicidal toxin called “persin” that is similar to a fatty acid. Generally harmless to humans, persin affects dogs negatively, causing severe diarrhoea and vomiting that can be especially harmful to smaller breeds and puppies. All parts of the plant, including the fruit, seeds, leaves, and bark can make your dog ill.

Milk and Milk Products
Not necessarily considered toxic to dogs, milk and its by-products (butter, cheese, cream, ice cream, yoghurt) may upset your dog’s intestinal system – particularly if she eats the full-fat versions. The enzyme lactose, along with the extra fat in cow’s milk products, can cause vomiting and diarrhea in your pooch because canines are known to be lactose intolerant.

Alcohol
Alcohol is considered toxic to dogs, and because it is absorbed into the bloodstream very quickly, your pup will start showing severe symptoms quickly after drinking it. Vomiting, diarrhea, breathing difficulties, tremors, a lack of physical coordination, abnormal blood acidity, coma, and even death can befall your dog if she ingests any kind of alcohol, even that found in certain kinds of foods.

Salt
Excessive amounts of salt have the same effect on your dog as they do on you – they lead to excessive thirst, increased urination, and possible sodium poisoning. Too much sodium can affect your pup’s heart and kidneys and result in symptoms of diarrhea, vomiting, tremors, depression, elevated body temperatures, seizures, coma, and even death.

If you suspect your pet has ingested any of these foods, note the amount eaten, the time the food was eaten, and contact your veterinarian immediately.

We want to make sure our products reach you – quickly and easily. Deliveries are dispatched within 24 hours. Learn more

Full refund if your dog does not like our food.
Learn more

Use the payment method that works best for you – and pay securely and easily. How it works